Slot Machine Gambling – Facts You May Want to Know 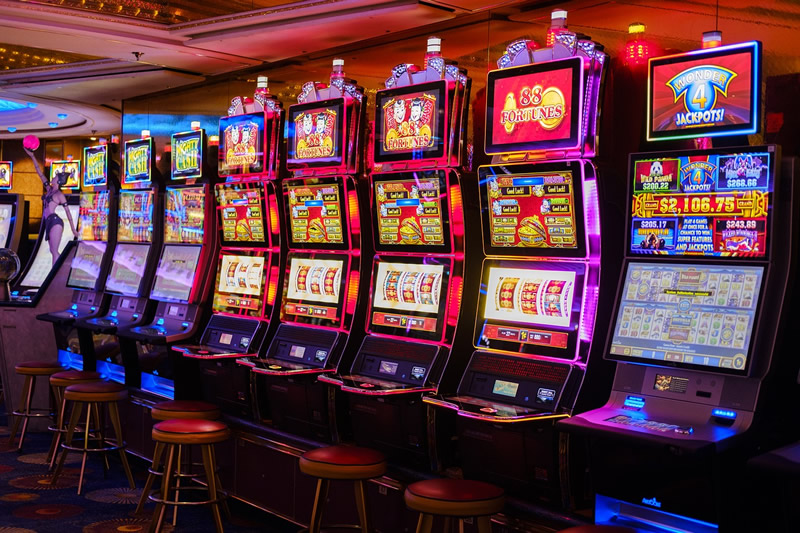 The slot machine was invented in 1887 by Charles Frey of San Fransisco. The name “slot machine” is used for American gaming machines. In Great Britain, these machines are called “fruit machines”. In Australia, the machines are known as “poker machines” or “pokies”.

The slots were used for many years as an activity to keep the wives of gamblers in Las Vegas busy. At the time, the machines only took coins, and usually not for very large denominations. Women stayed busy, usually not spending too much money, while their husbands played black jack, roulette, and the crap table.

At the time, most of this gambling was done in Las Vegas, Monaco, or small islands that allowed casino gambling. Slots gambling was not a big part of public life in most parts of the country except for Las Vegas. Most of the people with gambling problems were confined to the Las Vegas and surrounding areas and not many people really heard about gambling addiction and its’ true dangers.

In 1979, gambling was passed in New Jersey, and Atlantic City became the Las Vegas of the east coast. In the mid to late eighties, video style poker games were developed and addiction to slots were becoming a bit more pervasive.

o As of this article, there are casinos in all states except two. Most of these states have allowed just slot machine gambling and no access to table games.

o Statistics have shown that slots gambling is the most popular form of gambling and is responsible for approximately 70 percent of all casino revenue.

o Statistics from studies done in Canada have shown that 58-62 percent of slots revenues come from gambling addicts.

o 98 percent of all gambling addicts who live in South Dakota are addicted to slots.

o The military puts slots on their bases, and according to the New York Times, the government has taken in more than 120 million dollars in slot machine revenue.

o One study shows that there are 1.2 million slot machine addicts in the state of California.

o Great Britain allows fruit machine gambling for children. These children and adolescents are involved in crime, truancy, and drugs and alcohol.

o In Asia, casinos in Macau are responsible for a huge surge in slot machine gambling addiction. Vietnam and Singapore are planning to open casinos in 2009.

o Asians have a strong propensity toward gambling due to their history of not seeing gambling as being a bad thing, but a way to make money.

These are certainly very scary statistics, and it can only get worse as slot machine gambling addiction continues to permeate our society both in the U.S and the rest of the world.

The public is very ignorant about the inner workings of a slot machine. People are unaware of the true odds in an electronic gaming machine and they do not realize that the odds are truly stacked against them.

Many addicted slot machine gamblers also believe in certain myths regarding slot machines. Some of these debunked myths are as follows:

o Contrary to beliefs, slot machines do not stop on winning or losing stops with equal probability.

o Slot machines are not “due to pay” because the machine was cold for a while, and it should be ready soon to pay a jackpot.

o Every slot machine spin is random, and goes through a random number generator. There are much less random numbers for jackpots than more common hands. Therefore, winning a jackpot is highly, highly difficult.

o Contrary to myth, it does not matter if someone uses a players card or not. It does not effect the outcome of the game.

o Although some machines may have a 90 percent payout, it may be weeks before it actually pays a jackpot.

o Just because the person before you pumped a lot of money into the slot machine, it does not mean that “you” will hit the jackpot.

See How To Opt For High Quality Online Casinos